All Eurovision Song Contest fans remember the breathtaking pyrotechnics that lit up the stage when Finnish winning act Lordi rocked the performance hall in Athens. The special effects were designed and realised by Oy Pyroman Finland Ltd, one of the undisputed pioneers in the field globally.

Established by Markku Aalto, who still owns the company, Pyroman is also known for its spectacular fireworks and pyromusicals. Pyroman has competed in pyromusical competitions in Ukraine, the Philippines and Japan, at best finishing second among 12 participating countries. Aalto has produced the pyrotechnic special effects for several Eurovision events, including the spring 2016 contest in Stockholm.

Collaboration between Pyroman and Woikoski has been continuing for more than a decade, with Woikoski supplying carbon dioxide and propane to the pyrotechnics company. Carbon dioxide is used to produce the special-effects smoke that covers the stage floor and the eye-catching columns of fog that can reach heights up to ten metres. It is also used to propel colourful confetti up into the air.

“In this field, things happen very quickly. I’ve been in situations where a world-class artist has arrived in Finland, with the production team realising that they’ve forgotten to order the gases needed for the show. In those situations, everyone has had to go above and beyond, but Woikoski has always provided flexible and good customer service, which is important to us,” says Hakkarainen. 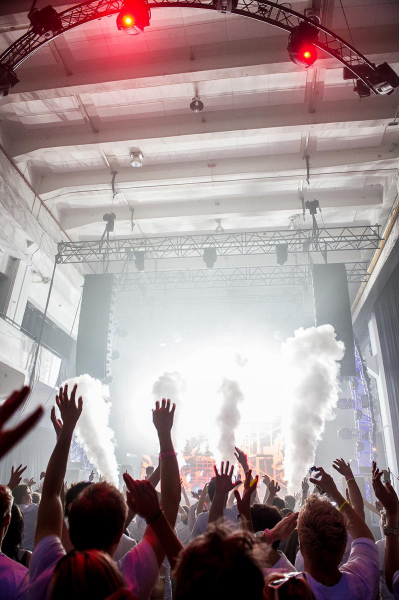 Pyroman knows that uncompromising expertise delivers excellent results. The company’s expertise in pyrotechnics is recognised by the organisers of the Eurovision Song Contest, along with organisers of numerous other events in Finland and abroad.

A few years ago, demand for carbon dioxide shot up due to the growing popularity of electronic dance music (EDM). Nightclubs in Ibiza started a global trend of launching carbon dioxide columns above the crowds on the dance floor, which, in addition to their visual aspect, had a cooling effect.

“In the EDM genre, you need to create a strong visual impact around the DJ. In addition to pyrotechnics and fireworks, LED screens, lights, and lasers play a big role in the show. We have worked on most of the main EDM shows in Finland, including Weekend Festival and Summer Sound. Last year, for example, we used a record amount of carbon dioxide,” Hakkarainen continues.

Back to customer experiences